About The Founder Of Offline Connections

In 2015, I became a single mom. At first I was happy, something I hadn’t been in a very long time. Soon after I realized I didn’t want to be alone anymore.

Now what do I do? 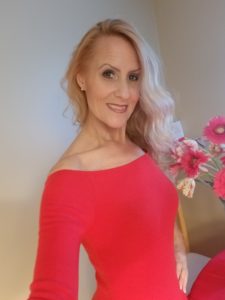 I don’t like walking into a bar and lets face it, do you really want to be with someone that hangs out in a bar? Not me, not at my age.

So I tried the whole online dating thing – everyone is doing it. Never found anyone twenty years ago when I tried and I’ve never known anyone that it has worked for, but hey, what else can I do? I paid my monthly fees on my first dating site, and they asked me a million questions because that’s how they find you a match. Then I start going through the profiles…ugh! It’s like going to a car dealership  the size of Texas! So many options, where do you even begin? It seems every time I found someone interesting, they were over 50 miles away. So I thought, I will let the website pick one for me, after all I just spent all that time answering all the questions. Two days later they did pick some for me. Why did they send me the ones that they did? Because we both owned a dog! Did they match me up or my dog? Is it easier for my dog to get a date? Apparently so. Why don’t they know that opposites attract? (FYI..after doing research I found out their algorithms have been proven to not work). Two weeks later and after emailing back and forth with a couple guys I meet them.  First off, both said “wow, you really do look like your picture!” and then they tell me the horror stories of their online dating. I found myself more interested in their stories then in them. One guy told me the girl used her friends picture…ladies please!! Why would you do that?

Soon, I found myself being on three different sites. Not to find someone anymore but to look at everyone trying so desperately to find love. Then I started researching how many single people are out there. You would not believe the numbers! There are so many of us, so why aren’t we finding each other? Where is everyone? I really started getting upset about how much pain is out there.  Yes. Pain. Being alone on a daily basis. Being invited to a friends party and you’re alone. Going to a wedding with no plus one. That’s painful. What can I do? How can I help?

After talking to countless singles, doing research and my own conclusions. We, “Us as a society,” have forgotten how to talk to one another. We are so busy on our cell phones when we stand in line to get coffee, groceries, or riding the train/bus we don’t lift up our heads and say hello. Some of the people I have talked to say they are afraid to. Afraid!? This needs to stop! Most of us don’t want to and may never admit that they are lonely but the numbers don’t lie. University of Chicago has done many studies on loneliness and has reported that loneliness has become an epidemic in United States. ( 37% Men and 34%Women) The number of single family homes is the highest it has ever been. Loneliness leads to depression, alcoholism, and autoimmune disease.

How can WE do our part and change what is happening. WE need to bring it back to how it used to be before technology. We are a social creatures and require human connection. So, I created an Offline Connections Pin! The Pin has a recognizable logo, two lines that come together to make one. Yes, it represents that your single but it also says I’m offline with cause and I’m approachable.

With your help we can revolutionize the dating world and raise awareness on loneliness.

Thank you for reading my story and I hope you find your love very soon. 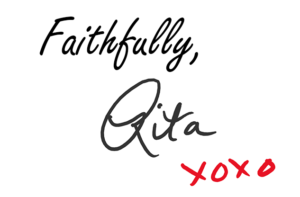